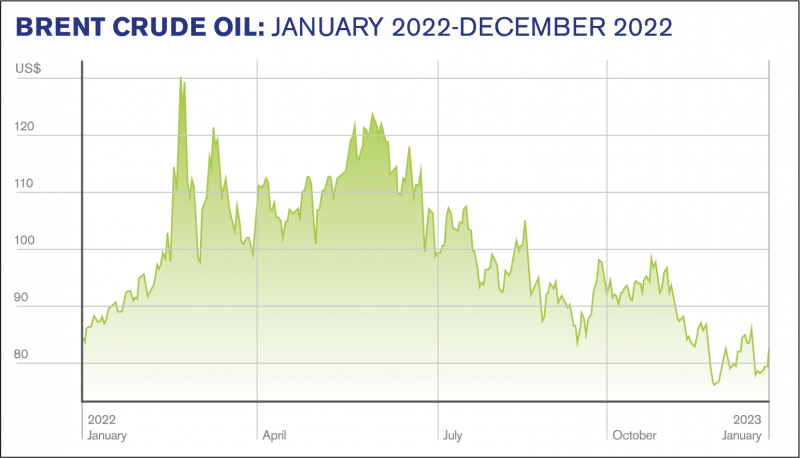 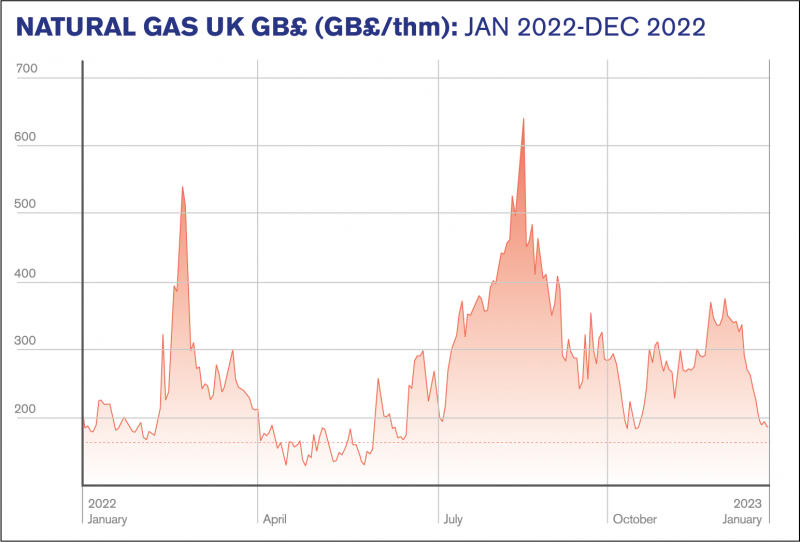 General rules remain as before, dividends have been included where appropriate but I have not adjusted for raises or specific dilution so if that floats your boat then feel free to adjust.

Note the Oil and gas prices, almost at the same levels as they started the year and proof why energy stocks fell back in H2 of 2022. My view remains upbeat for this year but probably more 2H weighted to the upside.

Afentra, Arrow Energy, Southern Energy have all been written up though the year and at various stages, including today have formally joined the list.

Afentra which I wrote up yesterday is now almost ready to complete the Angola deal after Ministerial approval and will close within weeks.This will prove to be a fantastic acquisition and I’m sure that there will be more to come as Paul McDade and his excellent team bed in.

Arrow Exploration is flat to the boards in Colombia and has initiated the largest capital programme in the history of the company. This will ensure that they hit their target of 3,000 net b/d for 1H 2023 with no reason why that target can’t be beaten. A good example if ever I saw one of an opportunity to increase shareholder value and my target price of 50p will surely be upgraded substantially and soon.

Southern Energy has done very well this year and it was clearly coming off the bench and ready to join the BL early last year when they brought their South East US based production company to London. SOUC throws off cash  and with a target to reach 25/- boe/d shows that the Gwinville can prove to be a really exceptional asset. Plans to develop the portfolio makes 2023 a truly exciting prospect and I have what seems like a monster target price of 260p a share in the book.

They replaced Orcadian Energy that ran into delays early in the year as did Advance Energy after its disappointment at the Buffalo well.  Savannah Energy is now suspended so can’t technically remain but will surely do so upon return.  Longboat Energy has exciting plans with its existing portfolio but the exploration part is not on the scheduled campaign until the second half at which stage I’m sure it will return. Finally at the time of writing Wentworth Resources has  accepted a cash offer of 32.5p and so will probably fall out.

Comments for this list are relatively obvious, whether in gas or oil may have meant the shares underperformed later in the year. Chariot has done very well with much more to come with its fast developing Anchois field and the renewables move in mining across Africa. Union Jack has done well through the year with Wressle revenues soaring and enabling dividends and buy-backs boosting credibility with west Newton and more to follow. PetroTal continues to up its game and now has capacity for 20,000 b/d with more to come from Peru. Predator is rising sharply as it is currently drilling MOU-2 in Morocco, much will ride on this well. Wentworth has done well to get 32.5p out of M&P, take the money.. Jersey Oil & Gas is all about the GBA farm-out process, I remain confident that it will prove to be the huge hub that it promises. Serica had a peculiar year, the gas price pushed it to all time highs, they had to fight off Kistos and then made a substantial bid for Tailwind Energy which reduces their reliance on gas in favour of oil and Bruce as contributors. Genel powers ahead under new management and this year will be important for strategy and will be keeping an eye on the KRG as ever. Diversified Energy remain a key, huge store of value and will pay a whopping dividend for ever and a day and yields an eye-watering 12%+. I’m still confident that Eco will deliver despite the duster at Gazania-1, I think 3/B and 4/B in South Africa could be huge and they still have Guyana to boot. Kistos is still a fantastic investment but has had a curiously quiet quarter for a number of reasons. Firstly the gas price, particularly TTF has dropped back in the last few weeks, also they have been hit by tax rises in both the UK and the Netherlands which I’m sure they will brush off but all this is nothing when another accretive acquisition comes along as it surely will at some stage, it remains a top pick. Jadestone signed their own death warrant last year by committing the cardinal crime of responsibility for leaking oil at Montara and whilst it wasn’t meaningful it certainly ruined the year. One of the best management teams in the business will mean that JSE will return but having missed a year. Zephyr are poised for potentially a huge roll-out at the Paradox Basin as the drilling campaign kicks on, funded by the wise deals done at the Williston the company is brilliantly managed and set very fair. Touchstone is also sitting on a massive development, with Coho already underway and Cascadura expected soon. with plenty of exploration upside, an upcoming licence round and a recent raise TXP is set fair and could be a share of the year in 2023. San Leon continue to work on the proposed MLPL Reorganisation and whilst the complexity has caused delays I am convinced that it will be completed and shareholders rewarded. IOG got underway at the Phase 1 Saturn Banks development but were affected by a number of operational problems which are being addressed. For the longer term it, and other portfolio attractions should mean that the company has much to develop in the next few years. Longboat would have preferred more success with the drill bit but they have parts of the portfolio they can trade and have just received more licences. But there isn’t an exploration well scheduled until 2H 2023 so  it may be one to return to later in the year. Scirocco has got stuck into its new strategic process of creating a portfolio with Greenan Generation and its Anaerobic plant in Northern Ireland. This is an interesting route and is worth watching in coming months.

I talked to Phil Carroll and Kevin Hornsby about the Bucket List on the Saturday Brunch podcast:

Page load link
We use cookies to ensure that we give you the best experience on our website. If you continue to use this site we will assume that you are happy with this.OKMore about cookies
Go to Top