Oil took another beating as protests in China drew attention to Covid and the economy as well as ironically boosted the greenback. With the Opec+ meeting next Sunday where the KSA said that they were ‘ready to intervene’ in the oil market.

Also in another ‘strange’ decision’ on oil policy from the White House saw them ease sanctions on Venezuela and gives Chevron 6 months to pump oil to its US refineries.

Scirocco has provided an update on the Ruvuma asset, where Scirocco has entered into an agreement to sell its 25% interest to ARA Petroleum Tanzania (APT).

On 25 November 2022, at the Tanzania Petroleum Development Corporation (“TPDC”) headquarters in Dar es Salaam, the parties to the Ruvuma PSA signed an addendum to the PSA. The Ruvuma PSA, as with all other PSAs in Tanzania, contained profit share, royalty, and taxation rates only for oil production. The PSA Addendum sets out the relevant terms for gas production.

At the event, the Tanzanian Minister of Energy and Managing Director of TPDC outlined the Government’s commitment to:

·      Accelerate Ruvuma’s production, which will play a vital role in achieving the country’s short to medium-term gas needs; and

·      Construct a 30 km pipeline to tie the Ntorya gasfield into the existing Madimba processing and pumping station in the next six to nine months.

“As we progress towards the completion of the divestment of Scirocco’s interest in Ruvuma to APT, the above is a positive step which supports the development of the Ruvuma licence in due course and therefore the payment of the contingent elements associated with that transaction.”

As Tom Reynolds says above this is a key message in the process in that the signing shows support for delivering production from Ruvuma and with it the contingent payments for sale to APT.

With the upcoming shareholder day next week in London I would expect to see a sum of the parts valuation which will show that if you take into account the contingency payments – particularly the production based payments- the look through valuation is a multiple of the current share price.

Today’s news increases the probability  of those payments being made in due course and indeed harder to ignore them in any valuation. This makes Scirocco good value going forward. 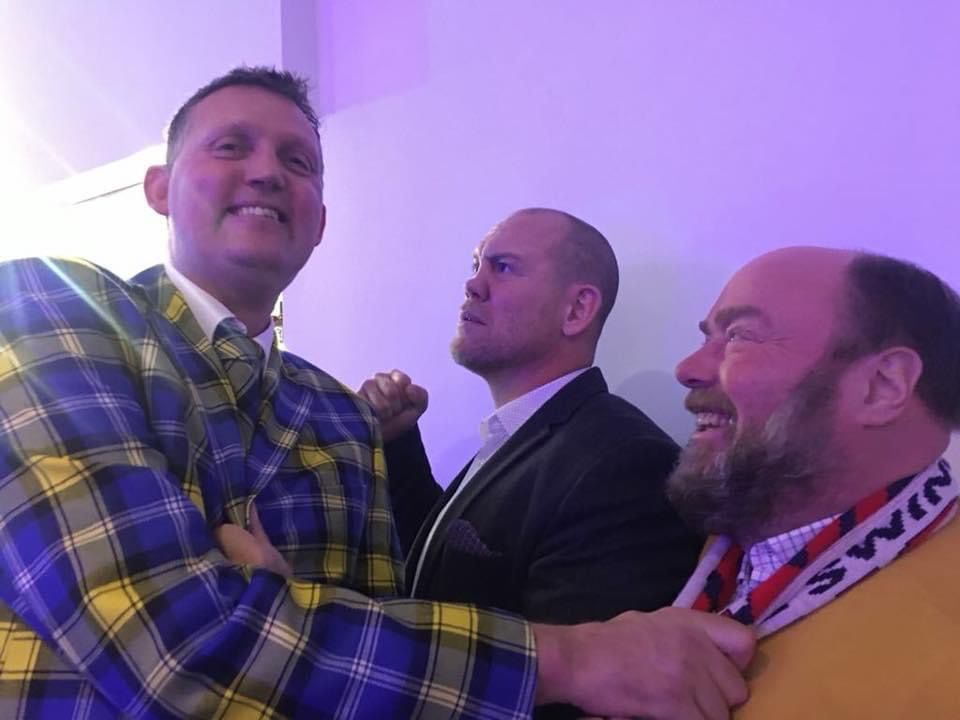 RIP Doddie Weir a man to whom I looked up and as above, with Mad Mike, he was always happy to spend time with me and people like me. The world, not just the rugby world is a much poorer place without him. Here at Murrayfield Doddie playfully has a go at me and Mike Tyndall steps in to help!

Elsewhere in the rugby world both England and Wales lost home games they should be winning, the Springboks scrum punished England’s’ and the Wallabies scored late in a very decent winning comeback. Both coaches are under pressure ahead of next year’s Rugby World Cup.

In the footy there were wins for Poland, Argentina, France, Morocco, Canada and Costa Rica while today Cameroon drew with Serbia.