After a  bad week in which further Chinese Covid problems dominated demand numbers as reported until yesterday when the US inflation number at 7.7% were better than expected and the greenback took a seat.

The IEA’s Fatih Birol attacked the Opec+ policy to cut back production and to ‘risk the global economy’ but given his own outfit’s reduced demand figures seems rather unwise. The IEA has often taken sides in oil matters and this is typical, as a seller into the market surely Opec+ are wise to avoid flooding the market with crude oil…?

IOG has provided a Phase 1 operational update alongside the release of a new corporate presentation which can be accessed here: https://bit.ly/3WsVWcV.

–     A2 first gas is expected around year end, subject to stimulation progress and operational risks to final hook-up and commissioning

–     A1 resumption plan has been agreed, risk-assessed and associated procurement actioned for direct continuation after A2

–     October gross average production was 15.8 mmscf/d at a volume weighted average price of 164 p/therm, with 59% uptime driven partly by the depressurisation

–     IOG’s rig contract, which includes one further unexercised extension option at an attractive dayrate, has been novated to Shelf

“The IOG team is addressing recent operational challenges in order to restore forward momentum across the business. Our new COO Dougie Scott and I have set clear short, medium and longer-term objectives that can unlock shareholder value from our diverse portfolio of gas and infrastructure assets. I am much encouraged by the renewed focus and commitment of everyone at IOG to mitigate risks and deliver these objectives.

For the remainder of 2022, our top priorities are safe and timely resumption of Saturn Banks production after the Bacton shutdown and successful stimulation to deliver first gas at the Southwark A2 well. The pipeline depressurisation and stimulation vessel mobilisation announced today are two steps towards these goals. Additionally, having assessed several A1 drilling options in light of well conditions to date, we have decided on an optimal plan to complete and bring it onstream after A2.

The increase in cash generation from both Southwark wells can underpin the multiple further value adding activities we are planning over coming months, including Blythe production optimisation, progressing Nailsworth as part of a wider Central Hub development with Elland and Panther, the appraisal campaign at Goddard and Kelham, evaluating the commercial potential of the Grafton area (P2589) via seismic reinterpretation, and submitting bids for a range of complementary assets when the 33rd Round closes in January. I look forward to keeping investors regularly updated as we progress through this important phase for the business.”

Work continues for IOG as they rectify operational problems, fraccing will be underway by next week at Southwark A2 and first gas is expected by the year end subject to the usual operational caveats.

At Southwark A1 work will resume after A2 and here first gas is expected ‘in early Q2 2023’ whilst Saturn Banks should restart in late November after maintenance and operational work.

IOG has suffered from a number of technical and operational problems but it looks like the new CEO and COO combo have put into place a number of back stops to bring back production and more importantly ensure that previous errors are not repeated.

Gulf Keystone confirms that a gross payment of $57.7 million ($45.3 million net to GKP) has been received from the Kurdistan Regional Government (“KRG”) for Shaikan crude oil sales during July 2022.

Prospex notes the announcements made on the ASX by Warrego Energy Ltd on 10 November 2022, regarding a potential sale of its shares in Tarba Energía S.L. as a result of a proposed merger of Warrego with Strike Energy Ltd.  Warrego is a co-owner of Tarba and the coventurer in the assets that Prospex holds in Spain.

Warrego has confirmed that it has received from Strike a confidential, non-binding indicative all-share merger proposal that may be implemented through a scheme of arrangement, which is being reviewed by Warrego.  The announcement by Warrego also references its shareholding in Tarba and the Company understands that Strike does not wish to participate in assets outside of Australia.  Should any scheme of arrangement between Warrego and Strike be agreed, then within a 12-month period, Strike would use best endeavours to sell Warrego’s Spanish assets and additional consideration would be distributed to the Warrego shareholders.  It would appear that both parties contemplate divestment of Warrego’s Spanish assets.

The Spanish assets owned and operated by Tarba comprise the El Romeral gas to power plant and related gas concessions near Carmona in Andalucía, southern Spain and the Tesorillo exploration permit in the Cadiz province in Southern Spain, which is currently suspended.  Prospex owns a 49.9% working interest in El Romeral and a 15% working interest in Tesorillo, with Warrego owning 50.1% and 85% respectively.  There is a Shareholders Agreement governing the Tarba shares under which, among other rights, Prospex has an option to increase its working interest in Tesorillo to 49.9% upon payment of €1.725 million prior to the drilling of an appraisal well.

“Should any deal be struck by Warrego the focus by any potential new owner is most likely to be on the asset base in Western Australia.  This may result in the disposal of Warrego’s Spanish portfolio, which is in no way a reflection of the quality of the assets.  We will continue to monitor the progress of the negotiations between Warrego and Strike and update the market in due course.”

Sort of good news bad news for Prospex here, it is clear that the assets will be sold and it looks like they have a potentially tight grip on some of the assets upon funding the well.

The market has taken a short 10% off the shares as concerns about this and any other funding hit PXEN and the shares having outperformed significantly this year may just be seeing some profit taking, maybe when it becomes clearer just how much the company may be in for the pressure will ease.

Echo has provide an operational update regarding further progress in the execution of the Santa Cruz Sur assets production and infrastructure enhancement plan first announced by the Company on 7 July 2022.

Upgrades to the workover rig owned by the Santa Cruz joint venture partners have now been successfully completed.

As previously announced, the Enhancement Plan is targeting a total of approximately 30 or more wells with interventions to commence on mobilisation of the workover rig to the field. The scheduling of activities, on a well-by-well basis, remains dependent on the availability of materials required for individual well interventions and operational activities, including the timing of the future mobilisation of the now upgraded workover rig, will also be optimised from cash flow at the asset level in order to maximise the benefit of funds available.

Detailed scheduling and optimisation of the well re-opening programme under the Enhancement Plan has been undertaken and three additional oil wells have been identified which do not require the mobilisation of the workover rig. These wells have been offline for four years due to surface constraints. However, recently completed infrastructure upgrades have now removed these constraints and enable these wells to now be reactivated with the objective of bringing them back into production.

These three additional wells will be prioritised by the Santa Cruz Sur partners in  seeking to further increase liquids production from the Chorillos field. This three well programme has now commenced and operations are expected to take around three weeks.

Following the previously announced successful completion of the first phase of the Enhancement plan focused on the power generation facilities, the already commenced programme to upgrade compressor capacity across the Santa Cruz Sur assets remains ongoing. Efforts continue to optimise the balance between maximising production and cashflow, minimising disruption and shortening the time required to complete the upgrades.

Production at Santa Cruz Sur in the first month of Q4 2022 has been strong with average daily production in October of 1,610 boe, net to Echo’s 70% interest. This represents the highest monthly average production achieved in 2022 and a 13% increase over the monthly average during Q3 2022.

These increased production levels demonstrate the positive impact of the successful implementation of the initial phases of the Enhancement Plan.

Corresponding net gas production for October was 7.7 MMscf/d with liquids production of 325 bopd. This represents the highest monthly average achieved for liquids in 2022, and a 27% increase over the levels achieved in January 2022, as the Company has prioritised liquids production given current commodity markets.

The market has been hard on Echo recently, probably overly so and with some indigestion from the debt restructuring creating a hangover. But yet again no comment from the CEO leaves a bad taste, after all they do say that if you can’t say anything nice….

Another huge weekend for sport with this week having seen much going on already, I haven’t time to mention the Haribo Cup where upsets galore happened and Villa and the Red Devils tussled twice in cup and league.

In the World Series after a promising start by the Phillies it all came to none as the power of the Astros leads to a 4-2 win overall.

The T20 World Cup Semi Finals Pakistan beat New Zealand and England thrashed India, the two will meet in the final at the MCG at 0800 hrs on Sunday morning.

With just two races to go, the F1 caravan heads to Brazil where the action takes place at the Interlagos in San Paolo. More interesting than the racing will be whether the spoilt children at Red Bull will deign to do any interviews with the Sky F1 team. Last time the brats were riled by a suggestion that they had cheated last year, surely that was proved by them having been fined by the FIA for busting the rules?

Plenty of rugby too, starting with the womens World Cup Final between New Zealand and England tomorrow morning at 0630 hrs.

In the Autumn Internationals Ireland face Fiji, England host Japan, and Wales play the Pumas tomorrow whilst Scotland play the All Blacks on Sunday where Finn Russell is welcomed back with open arms, if I were him I think I might just tell the selectors where to stick the No 10 jersey…

In the Prem tomorrow the Bees go to the Emptihad, the Cherries host the Toffees, the Saints with new manager Nathan Jones has an easy three to start with at Anfield, Forest host the Eagles, Leeds go the White Hart Lane, the Hammers host the Foxes, the Magpies host Chelsea and Wolves entertain the Gooners. On Sunday the Seagulls host the Villa and the Red Devils are at the Cottagers. 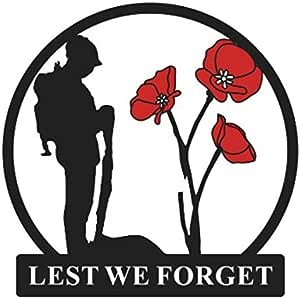