Brent is taking a bit of a beating and is now back to pre-crisis levels as inexperienced traders head for the hills and long liquidation means that support levels are being taken out, next key support is at $108. With supply still plentiful and Libya increasing everyday there is no reason to think that the price will bounce quite yet, also the pro’s in the oil market know a hedge fund manager running scared when they see one. With the API stats showing a crude draw of 1.7m barrels, WTI, albeit short of consensus forecasts of 2.75m barrels, is showing relative strength and the differential has come back to only just over $5.

In its short term energy outlook the EIA has slightly raised its price forecasts for this year and now have WTI at $100.98 and Brent at $109.55. The numbers for US domestic production remain robust, 8.5m b/d for this year and 9.3m for next which are the highest numbers since 1972. More interesting is the stat about total US liquid fuels consumption by imports, having been 60% in 2005 and 33% in 2013 the EIA expect that figure to fall to 22% next year, the lowest since 1970.

Maersk has written down the value of its Brazilian assets by $1.7bn as it claims that there is ‘significantly less oil than expected’ which never helps. The residual value of the investment is now $0.6bn but will not effect group profit guidance of around $4bn. Interestingly the CEO of Maersk Oil said that ‘we don’t see Brazil as a growth location any more’.

Confirmation of the worst kept secret in the industry as Shell has withdrawn from the Kidan sour gas development in Saudi Arabia where it was working with Aramco.

It never rains but it pours as Providence has announced this morning that the Spanish Point appraisal well has been postponed from this year to next by operator Cairn who aren’t the luckiest company in the market either at the moment. For Providence it means that the share price will continue to drift in the absence of any news on a Barryroe farm-out which has been over promised for a long time. Investors know that although I believe that a good farm-out can make equity look cheap it can also take a long time and from Barryroe to Bentley and the Bahamas, idle time makes for unprofitable investing.

VOG has had a good run lately and I have had a number of enquiries about my more positive stance which I took rather too early last year. Yesterday and today has seen the market give a lot of that back although today’s announcement doesn’t seem too bad to me. With the company now outsourcing pipe-laying and doing more personal genset designing for customer requirements, the genset customers should be happy and to VOG more profitable. The company has revised the Energyst contract removing the requirement to take further units which seems like a sensible deal to me. The market probably expected the Dangote cement plant to be up and running by now but it is now scheduled for August. The near 10% fall today is probably overdone, maybe I need to fix a meeting with Kevin…

Never was a company more incorrectly named as today sees another chapter in the story of wealth destruction that is Ascent. I might put the chart up but its probably unfair and holders don’t want to be reminded of the tragedy. Remember that as one chartist once said, ‘don’t confuse the bottom of the page with the bottom’. Today Ascent have announced that the money raised from GPS, £11.7m, has not arrived as apparently their partners, Salomon Werner have not come up with the dosh. the board are now in ‘discussions with alternative providers of funds’ as they say…Leave well alone.

The last knockings of the World Cup are proving rather interesting, tonight will see whether it will be an all European final, not what South America expected although Brazil have been poor and without Neymar but more importantly Silva fell apart yesterday. Will Argentina, 10 + Messi beat Holland, 9 +Robben and Van Persie we ask? David Luiz was a disgrace last night, if PSG still has the receipt they should take him back to the shop. I hear that the German fans were singing ‘its just like watching Eng-Land’ last night…And if you followed Lauro’s prediction he was going for 1-0 to Brazil… 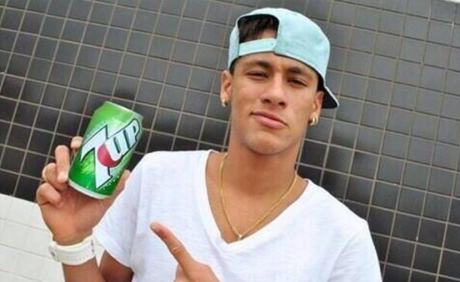 Reports that not only did Nike sponsored Brazil lose last night but that they have also lost out to Adidas in the race to sponsor Man Utd which will cost them a tidy £750m over ten years.

The first Test match starts today at Trent Bridge against India who have some talented players but a miserable recent record in test matches away from home, well that’s good because we haven’t won anything for some time home or away!