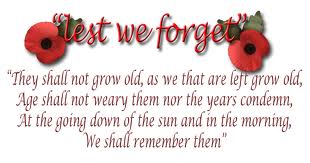 A heady cocktail of figures and announcements on Friday and over the weekend has left markets more confident on the US recovery and therefore possible early tapering but less optimistic about a deal with Iran.

The non-farm payroll data was quite a surprise, most forecasters expected a modest figure and 204/- was a lot higher than even the most bullish number so the market went up. As for tapering the FT goes with December now but I still think that it won’t be until next year, my March expectation may be a touch late but let’s see at least another months data before we get carried away huh?

The weekend saw Chinese data, CPI inflation rose to 3.2% in October and the industrial production numbers beat the whisper at 10.3% y/y.

As for the Iran talks in Geneva, the world had expected an early deal of some sorts but didn’t factor in the French, a dangerous hypothesis as their record in international foreign affairs is ‘ow you say, patchy…………………… So they scuppered the deal and Barry has other parties also stirring it, obviously the Israelis are on the case but there is a new bad guy in Washington, Democratic Senator Bob Menendez, the Chairman of the Senate Foreign Relations committee who wants to tighten sanctions against I-ran, with friends like this…………………if only the French had a word for bête noir.

Some very odd moves in the market, Friday saw prices rallying quite hard, partly due to the possible success of the Iran talks and partly as the physical market was lifted by Chinese buying catching the market on the hop, Friday saw a lot of short covering. So, the prices at the top of the blog are Fridays close and this morning WTI is up a further 45c and Brent a further $1.16.

Glencore has reduced capex in all its divisions except in oil where it plans to invest $650m in its upstream business in the next two years. The world’s second largest independent oil trader is planning to increase its own oil production, proved by what we have noticed in the market place recently. Although we have noticed Glencore as being particularly active in Africa it seems that they are also looking at South and Central America and the former Soviet Union.

Wood Group has announced an acquisition this morning, Elkhorn Holdings is a Wyoming-based provider of construction services for midstream oil & gas facilities in the US shale market. Although no price has been announced, this is a meaningful acquisition, has sales of ‘approximately $250m in 2012’ and at 2,200 personnel, doubles the size of Wood’s exposure to US shale. My guess as to numbers would be that Wood may have paid near to but certainly no more than sales and also that this acquisition will be earnings accretive. It is typical tactics by Wood Group and I expect this to be another in the successful deals that the company are so good at and of course it must be acknowledged that margins in US shale are better than in the North Sea.

I said last week that the market jury is to a certain extent out on the shares at the moment ahead of the pre-close trading statement due on the 12th December but this should provide comfort that whether margins are 10 or 15%, it is business as usual on the acquisition front and to me this looks like an ideal fit and gives me comfort ahead of the IMS.

Faroe has made a discovery at the Snilehorn well (FRM: 7.5%) in the Norwegian Sea. The main bore encountered 191m of oil and the sidetrack 124m. The operator has stated that the discovery could hold 57-101mmbbl, we had 55mmbbl in our model at 3p/share unrisked, 4-8mmbbl net to Faroe. The well is located 4km away from the producing Hyme field and can therefore be tied into production quickly.

Although small, the Snilehorn discovery is important for sentiment although it will take a few more positive results for Faroe to get its premium rating back. We expect the share price to strengthen today.

The rugby at the weekend was good, England delivered in the first half and won comfortably but the usual Jonah’s grumbled about this and that, ok it will be harder against the all blacks next Saturday, at least they didn’t lose to South Africa eh? Scotland beat Japan but it was nervy for a while….

So to the football………………………………At the Theatre of Dreams the Gooners turned up ready to snaffle the points until the sight of RvP struck terror into their hearts and it was business as formerly usual for Man U. Elsewhere it was a bad day out for the noisy neighbours and Spurs who were both done by the North East.

Feel sorry for the baggies as they were seconds away from a deserved win at Kremlin Bridge when the ref gave a decision that should give him sleepless nights for a long time, a real shocker and a sackable offence.

Injury worries for England ahead of the first Ashes test due to start in ten days’ time. Keeper Matt Prior misses the next warm-up game and English Kev had an injection in his knee after the last game in which I don’t recall he had much of a role….

To tennis where surprise surprise Nadal and Djokovic will fight out tonight’s final, Novak is the defending Champion and Rafa has never won the trophy so stand by for a game and a half. 8pm tonight UK time.

The Detroit Lions win against NFC North rivals the Chicago Bears. The Bengals take the Ravens to overtime after A.J. Green catches a 51 yard hail mary pass with no time left (Ravens win in overtime). The Eagles and Nick Foles follow on from last week with a good win against a Packers side without injured quarterback Aaron Rodgers, and finally, The New Orleans Saints eased to victory over the Dallas Cowboys after a memorable performance from QB Drew Brees.