It’s a funny old world down on the trading floor at the moment, the feeling all round I get is bearish. WTI is selling off for various reasons, mainly based around rapidly rising stocks caused by the refiners re-positioning ahead of the winter, pipeline outages haven’t helped this. For Brent, buyers have still been there but traders say not in any great numbers but better than the absence in WTI.

Over the last week we have had figures from most of the US service companies and it fair to say that the market has shrugged off any doubts they might have had as in the main the figures were exceptionally good. Halliburton with good figures everywhere but the US still indicated that activity at home was ‘poised to improve’ but the Middle East and Asia were seeing a drilling spree and the Gulf of Mexico was hot. They are hugely confident about ‘frac of the future’ and in most places are seeing margin improvement. Schlumberger were even better with growth everywhere contributing to record figures 24% up year on year and new records. Schlumberger even managed to grow in North America, admittedly mainly in the gulf and in Western Canada but market share gains in US land operations were impressive. Baker Hughes also reported record figures up over 20% and for them the Middle East and Asia are going to be top areas with Saudi and Iraq leading the charge. BH were equally positive about North America going forward as technology improvements pick up smartly. Even Nabors said that they see ‘ emerging evidence that most drilling operations are poised for renewed growth over the next two years’.

The positive knock on effects for UK companies are pretty much across the board but look out for Hunting to do well and a cheeky tip for Enteq for whom the bad onshore US hit them hard in the last year. Most companies bigged up pressure pumping which should be a positive knock on for Weir Group.

The company today again warned that production for 2013 was again to be downgraded, this time to 57-59/- boe p/d. In July guidance was reduced to 63/- having been at 65-70/- boe b/d before that. With the problem areas being Chim Sao and the CATS pipeline expected to be resolved shortly the year-end exit rate is expected to be up to 65/-boe b/d.

All the other announcements were already in the public domain and the new debt financings are either completed or underway ahead of the Q1 2015 principal bank facility refinancing.

The constant stream of contract wins and the dominant market share in their area, along with the top notch client base will continue to come good for Plexus and I remain very positive.

In the Champions League last night wins for Chelski and Celtic but Arsenal were undone at home by Borussia Dortmund and lost Wilshere to injury as well.

Shock horror, sacked manager finds new job on a two and a half year contract…………………..Nigel Clough set to be appointed at Sheffield United having only just left Derby, nice work if you can get it.

In the Women’s Twenty20 Tri-series in the West Indies England beat New Zealand to reach the final against the hosts.

And it’s the christening this afternoon being performed by my old client the ARCH Bishop of Canterbury. 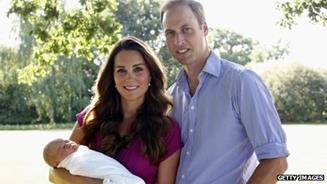