Re Summers, anything can now happen after he withdrew from the race to avoid ‘acrimony’ which would ‘not serve the interest of the Federal Reserve, the Administration or ultimately, the interests of the nation’s ongoing economic recovery’. Wow, he thinks even more of himself than I realised if he is going to cause all that much grief. As for who takes over now is anybody’s guess, arch blogger and fed watcher Marcus Ashworth of Espirito Santo has about five names in the frame including asking Bernanke to stay on so if its evading him what chance have mere mortals?

It’s the FOMC meeting to watch this week what with all that taper tittle tattle, market expectations probably to reduce to $35bn…

Having flirted with $117, Brent has settled back at around $110 which looks pretty holdable if you know what I mean. Libya keeps the shorts covered and the Saudis are pledged to grow output so the longs are reasonably limited as well but Brent remains in backwardation at the moment.

So the bidding frenzy ended on Friday as the company was no longer deemed to be in an “offer period” according to City authorities. In the absence of the former Amec fraternity it would seem that Kentz can go back to business as usual and from their statement on Friday it seems that business is pretty good.

They do have to deliver though and if they are right about the pipeline of opportunities, and their conversion rate holds up, then they should win plenty of new work. Kentz’ forecast for revenue growth in 2013 is around 12% with no sacrifice in margin so profits should remain buoyant especially with so much repeat business.

Finally, in an ironic comment redolent of Amec, the company has reminded us that it has a strong balance sheet and in the absence of any suitable acquisitions the board will consider a return of capital to shareholders. Kentz has settled at 500p this morning and on a P/E of 11 and 10 respectively for this year and next we believe it still offers excellent long term value.

DNO has announced an update on the Tawke field having commenced extensive testing of the Tawke-23 exploration well where it encountered a 930m horizontal section in the main cretaceous reservoir in which it encountered continuous oil shows. The testing programme is expected to last up to three weeks and will focus on ten fracture zones, in addition two other horizontal wells, Tawke-21 and Tawke-22, are currently drilling in Kurdistan.

Overall more positive news and Tawke appears to be on track and not in any need of guidance update, we remain very positive on Genel with our target prices of 1200p and 2115p respectively.

The company has signed a $120m agreement with Petronas, the Malaysian National Oil Company for the operation and management of two high-specification training facilities that Petrofac is building for the company. Training is an important part of IES and forms part of the offer Petrofac make to these sort of companies who, more often than not, require domestic, highly trained local personnel.

Leyshon Resources, a very firm favourite of mine, has announced that it intends to demerge its energy assets into an energy focussed vehicle, Leyshon Energy which will have cash of around $35m and will be listed on the ASX and AIM markets. Interestingly, Paul Atherley, who will be the Managing Director has appointed two cracking non-execs in John Manzoni and Kim Howell.

I have a call into Paul Atherley so may have to update the situation tomorrow but shareholders in LR will get an interest in LE as well so have a interest in the minerals as well as hydrocarbons sector in China and elsewhere.

The only thing I need clarification from Paul on is why the stock in Australia rose 27% but in London only 1.2%. 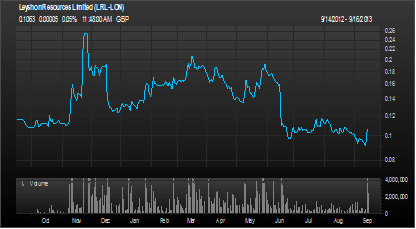 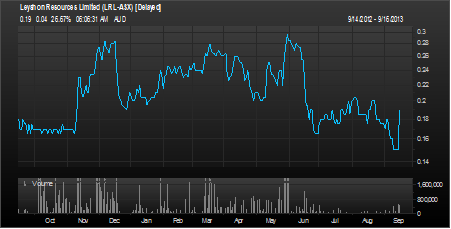 Good news from San Leon as they announce that the preliminary fraccing results from Rogity-1 showed oil accumulated and samples at surface. Our in-house geologist Paul Renken tells me that getting mobile oil from the Cambrian tight sands is very encouraging as it was a secondary target.

In a separate announcement the company said that the Lewino-1G2 well has been completed and are very encouraging. These results are indeed a very positive move in San Leon’s long campaign in Poland and may well be justifying, at long last, their oprtimism.

The last of the long drawn out one day series against Australia finishes today in Southampton, with the series tied at 1-1 it would be better for it to rain and leave the series drawn!! Apart from that Finn and Trott are unfit, replaced by Wright and Jordan for England, for the Aussies Hughes and Ahmed replace Marsh and Nile.

Mo was just thwarted in the Great North Run as Bekele wasn’t going to be taken, not even by Mo.

Rugby, I don’t often feel sorry for South Africa but a very wrong sending off rather ruined the game against the All Blacks…………….while Nick Wood managed to get sent off after only 73 seconds against Saracens yesterday…………..

Triathlon, a sport I wince at, but worse when the fabulous Brownlee brothers get done by injury and Gomez -tragic after all that effort