So the day out at the UN for ‘les deux Presidents’ went well as both leaders offered olive branches of sorts. Barry focused on Iran in his speech and clearly Middle East peace in Iran as well as in Israel is high up the agenda. For his side, Rohani was as explicit as before that he didn’t want nuclear weapons ahead of the meetings tomorrow between all the parties at the UN. There is still a long way to go before the market can expect anything firm in terms of sanctions being lifted.

The activity at the UN did however push WTI to its lowest for nearly three months as it nearly went below $103, also API inventory stats showed a very small decline in crude stocks of 54,000 barrels compared with analysts’ expectations of 1.1m barrels. In addition to that, a number of oil sources are picking up again, Libya now has five out of nine export terminals working and maybe 800,000 b/d, Saudi Minister Ali Naimi confirmed that he was pumping plenty of oil into the system and even South Sudan is exporting albeit at a low level.

CNOOC has announced that it is to double its capacity to import LNG BY 2015. It will have a capacity of 35-40 million tonnes per annum compared to the current 18.7 million tpa, strong growth in demand is predicted as the economy’s energy mix moves towards gas and away from coal, and to a certain extent, oil. At present the share of gas in the energy demand equation is only 5%, even doubling receiving capacity will only raise that to 8%, they should buy a huge LNG business. (From BG?)

No doubt about the big talking point for the market this morning, Ed Miliband’s attack on the energy companies and how he will cap gas and electricity prices for 20 months after the 2015 election. You will know that I have always been of the view that the companies can be their own worst enemies with their mad tariffs and slow to react price falls but price controls are most definitely not the answer.

The present Government has caused enough trouble with its green energy patronage which in itself is one of the main reasons for prices being higher than they should be and will contribute to power shortages down the line. This looming ‘energy crunch’ as it has been labelled, is shown below, one chart can beat a thousand words as it shows that capacity margins get very close for comfort in the 2015/16 year, the very year that price capping would come into force.

Company’s like Alkane Energy who produce electricity from coal mine methane as well as having gas supplied power response available at instant notice (ironically as highly expensive subsidised wind and solar are not always available) will do well but power cuts are almost inevitable.

So, the system is getting very tight and power projects are high cost and with long lead times requiring budgets to be finalised it will become easy to defer or halt investment programmes, the consumer will inevitably suffer, not gain from this move, cheaper prices are one thing but they are no good if you don’t have any power to pay for.

Finally although I have been critical of Ofgem in the past the idea that it should be replaced by a being with ‘more teeth’ is if anything laughable especially as it actually working for consumers and is in many cases unable to stop price rises as they come as a result of Government policy or not as the case may be. As a CEO said to me this morning, “politicians have to make up their minds…cheap energy or green energy? Stop trying to claim that they can do both”.

Kentz has been awarded two EPC contracts in the Middle East with a combined value of $18m. The first, with Abu Dhabi Gas Industries Limited (GASCO) is for replacement of the existing control system and associated electrical and instrumentation services in the Habshan oil fields.

The second contract is for a new client in Abu Dhabi and part of an ongoing agreement whereby Kentz works for a specialist contractor providing multi-discipline engineering and construction services.

Whilst these are modest contracts for Kentz, the awards of EPC contracts, particularly in the Middle East are very welcome. The contacts tick all the right boxes in as much as they can win new clients and also achieve repeat work for existing clients, the Middle East point is worth emphasising in that we believe that there are a lot of bid prospects coming up in the area and winning the early work can only be helpful to the process.

We still believe that following the shenanigans of the recent non-bids that Kentz is still exceptionally good value and should trade long term on a higher rating than that at present.

San Leon has conditionally agreed to acquired 75% of Turkish oil and gas company Alpay Enerji AS for US$4m. Alpay Enerji holds 100% of seven conventional oil and gas licences in Turkey with gross proved and probable gas resources of 141Bcf. The acquisition also includes the transfer of nine additional Turkish licences to Alpay from another Turkish company, which includes a Block producing at 60 bopd. Post-transfer, San-Leon will have a 75% interest in 16 Turkish licences.

The company estimates that production can be increased from 250Mcfd and 60 bopd to 10MMcfd and 100bopd by the end of Q1 2014 and further estimates upside of 440Bcf at the licences (Proved, Probable, Possible and Contingent). It is expected that this would generate monthly revenues of US$3m.

I think that this deal may be pretty beneficial for San Leon and I think that the fall in the share price is technical only as the company is raising £31m at 4.75p a share which I understand was oversubscribed. It is also possible that holders may feel that only a part of the raise is going on the acquisition and the rest going into shale opportunities in Poland. Interestingly Toscafund Asset Management has more than supported this deal going from 16% to 20.2% of the equity after the deal.

I have dealt with Mr Alpay before and he has a reasonable portfolio of assets which I think San Leon have bought quite cheaply, with reserves and some production, I suspect that SL will be able to workover wells and get much more out of it using their superior technology and with Mr Alpay’s contacts in Turkey this could turn out to be a good if not game changing move.

In Poland it looks like things are picking up and San Leon intend to be the ‘last man standing’ when it all comes good, recent results have been more positive and is now funded for that continued run of exploration.

Resolution of the Wilton deal has been announced, only a few days ago it looked like it had collapsed after Ophir withdrew from the drilling in Madagascar. A settlement agreement with Ophir has been agreed by which Ophir pay Tower $6m tomorrow.

I don’t normally mention appointment of non-execs but Jeffrey Auld formerly of this parish has joined Lansdowne which should be good news. I saw this company recently and along with Providence feel that providing the farm-out of Barryroe can be expedited there is significant upside here.

I don’t normally mention appointment of investment banks but Amec has announced the immediate appointment of Barclays Bank as its joint corporate broker, the abortive failed bid for Kentz has been seen as a move from a position of weakness for the company and it looks to be shoring up its defences with this move.

Drill stem tests (DST) on the TGT-10XST1 well exploration well at the Te Giac Trang (TGT) field have “exceeded all pre-test expectations”- producing from two of three zones at over a combined 16,500 bopd. A third DST is now testing an additional net 88.6m and should be completed in the next 5-7 days. In the Republic of Congo, the Lideka East Marine-1 Well has underperformed expectations, testing at 350bopd 30-35 API oil over a 20m interval.

Although the Lideka well is slightly disappointing, the excellent news from Vietnam should be the focus of attention this morning. We view the TGT field as a “crown jewel” asset, as mentioned in our recent Resources Quarterly, and something which could be attractive to an Eastern buyer.

SOCO has been rumoured as a target at many points over the past few years, but the stock remains attractive excluding a takeover scenario due to apparent upside at TGT and management’s target of returning 50% of free cash flow to shareholders.

I hope that you have been taking my advice and watching the America’s Cup in the last few days. From being 1-8 down in a first to 9 contest Oracle Team USA are now 8-8 after winning both races yesterday. What the nerves must be like in the Kiwi yacht as the series is now a one-race decider with Brit Sir Ben Ainslie at the helm…………………. 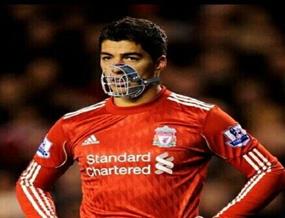 Other results in the C Cup went according to form except in Scotland where Celtic were dumped out of the cup at home by Greenock Morton who most of you will never have heard of….