At last the FOMC is upon us and by tomorrow afternoon we will have an idea of what the Fed has planned for us. The leaks and whispers have pretty much covered every eventuality and if anyone thinks they can read the actualité into the messages don’t believe them. As George Bush might have said, if only the French had a word for actualité………..

So, the papers today, or at least the pink one is, full of stories about Libya and Saudi crude production or lack of it. For blog readers most of this news is not actually new as the Libyan situation is well documented with production down to around 200,000 b/d at the moment. I had heard that the El Feel and El Sharara fields in the South West of the country had restarted yesterday with about 440,000 b/d starting to head towards Zawiya near Tripoli via pipeline but its well early for optimism as the pipelines have been subject to attacks recently.

Regarding Saudi, the news that they are pumping oil at over 10m b/d should come as no surprise, they are always ready to use their capacity to fill supply issues, they did it for Libya and again when sanctions took Iranian crude from the market. The only difference was the seasons, the last two events happened in Spring, this happening in the summer has left Saudi not quite filling the void due to internal demands but from now there should be no supply issues apart from of course the imbalance of Middle East crude oversupply and Brent-type shortages.

In Japan, the confirmation came out yesterday that the Ohi nuclear unit closed on Sunday so there is now zero nuclear capacity in Japan and this will last for around a year as applications for restarts can only be filed early next year.

In Iran there are increasing views that new President Rohani is looking to initiate a return to the negotiation tables and that a number of key lieutenants have been put in places of trust with a view to opening up lines of communication to the west.

Also its inventory stats day, tonight we see the API numbers and the consensus is for a draw of 1.5m barrels of crude oil and I also expect to see a fall in imports of oil.

Slightly odd timing on the blog as I am on the road with Alkane following their excellent results last week. The company, which has been and remains, a firm favourite has taken advantage of stable energy prices as well as bedding in recent acquisitions to increase revenues substantially. There is still plenty of scope for Alkane by investing in more properties and by increasing its power response capacity as well as by modestly increasing its design, build & operate skills. It is worth noting that Alkane has exposure to UK shale gas but at present is monitoring activity, it has no worries about losing its acreage as it is held by production, giving the company the option to retain its exposure to the area. Still a massive fan of Alkane at 41.5p

We had a presentation from Daniel Chiu this morning who talked about the company’s recent transaction and in some detail the rest of the oil and gas operations of the company. The transaction is a landmark development in the history of the company and has led to a rally in the share price which should be continued. Our target price for Fortune is 20p.

Manu Tuilagi has apologised after pulling a ‘bunny ears’ prank on British Prime Minister David Cameron after the British and Irish Lions were invited to a function to honour the victory over Australia. (Another victory over the aussies this year). 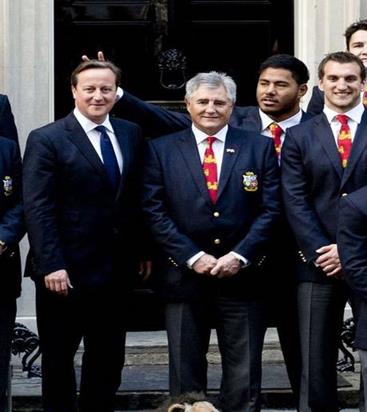 Funny old game………………………You must be able to excuse Swansea midfielder Jonjo Shelvey, when playing against his old club last night, he set up both goals for his old team by passing to former colleagues, he must have just forgotten who he was playing for…… The two passes resulted in the two goals for the HubCap Stealers which kept them in the game from which they got a draw.

Start of the Champions League tonight and both Manchester clubs are in action, United host Bayer Leverkusen and the noisy neighbours go to Plzen, never heard of it but assume Ryanair go there…….

Australia won the semi-washed out one day series last night by edging out England 2’s in Southampton. Even the England fans didn’t recognise some of their own team as selectors let their imagination run riot, having rested a number of the team that easily won the Ashes 3-0…………..