The differential narrows again, at this rate WTI will overtake Brent and really put the cat among the pigeons. Had a chat with my man in the market and there’s no doubt that at the moment all the momentum is all in the States where inventory figures are expected to show a further tightening which will push WTI higher still. It doesn’t seem too bad as it wasn’t long ago that Cushing was awash and although imports are down and refinery runs up, domestic production is still growing and retail gasoline and diesel prices are flat at best.

As for Brent, the market is showing signs of fatigue, the recent bounce on geopolitical grounds was not followed through by the fundamentals and there is no reason at the moment for further gains unless things escalate in the Middle East.

Shell has announced that its new CEO is to be Ben van Beurden, a company lifer and more importantly, Dutch. As with any Shell top man he has ticked all the boxes for fast tracking, viz a spell in all the departments, a number of countries including the UK and the USA, and as executive assistant to the Chairman to polish the resume. His most recent job has been the Downstream Director but what excites me most is that he spent 10 years in the LNG business which is very pleasing and makes up for his lack of upstream experience!

The new CEO will I’m sure continue the good work by Peter Voser and will have as usual, the difficult task of deciding the priorities for spending the significant cash flow in a most efficient manner, always up for critique by the teenage scribblers who always know best,) 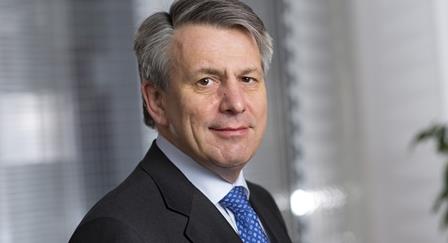 I was rather thrown by the Wood Group announcement this morning as I wasn’t expecting a trading update but it turns out to be a roundup of business activity, on this occasion in the Gulf of Mexico. The announcement details contracts valued at $550m in the region, somewhat higher than expected and a good way of the company being able to add in contracts previously not disclosed. The comments by CEO Bob Keiller who I have the greatest respect for, point out the substantial growth in the business in the Gulf focused around the three units, WG Mustang, WG Kenny and WG PSN which employ 3,500 people in the region. These units cover a very broad range of highly technical and sophisticated operations to around 70 operators on 1,400 manned and unmanned platforms.

Expect more divisional or country updates as Wood continue to spread the good news and educate the market about its operations. We turned more positive recently on Wood after a series of excellent contract wins and as you can see from the chart the company looks poised to attack the 800p high….

A trading statement today from Alkane, probably my most committed buy recommendation in the pack at the moment as it is a fantastically run business, growing fast and a natural winner from the danger of power outages warned by Ofgem only the other day.

Andrew Wright, the regulator’s chief executive, said: “Britain’s energy industry is facing an unprecedented challenge to secure supplies.” The global financial crisis, tough emissions targets, the UK’s increasing dependency on gas imports, and the closure of ageing power stations were all contributing to the heightened risk of shortages, Ofgem said. In our recent roadshow with the Maltby acquisition Alkane also pointed out that spare power production could fall as low as 3% in two years’ time, Ofgem have that figure at 2%. This is a win-win situation for Alkane who will gain all ends up and even better if the Energy Minister continues to place his faith in renewables, particularly wind farms and put party politics in front of practicality, gone with the wind you might say…

The statement itself reinforces the comfort factor from Alkane with output up 44% YoY and with the recent acquisition contributing only five weeks after the takeover, production is expected to be 94GWh against 65GWh in the first half of last year.

I cannot implore any harder that Alkane is still, despite the recent run, a massively undervalued situation and one that will reward investment, our target price is 48p at the moment, this is one to tuck away as I have been urging for some time!

It was confirmed this morning that the farm-in by Cairn into two licences and one licensing option offshore West of Ireland has been approved by the Minister at the DCENR. Cairn as operator will have 38%, Providence 32%, Chrysaor 26% and Sosina 4%.

Also announced was confirmation that Cairn has entered into a contract to secure a drilling rig for the planned Spanish Point appraisal well in the Porcupine basin, also offshore West of Ireland, the well is expected to be mobilised to begin operations in Q2 2014.

After a surprisingly lean time in the first half of this year the shares are clawing back a little of the fall, with Barryroe valued at more than the current share price all the rest of the exploration and appraisal is in for nothing so it’s a question of picking ones moment.

Over at the Hubcap Stealers it looks like Luis Suarez wants to leave to play for a Champions League side, Arsenal have had a £30m bid rejected and apparently the Mickey Mousers want £50 millions……………………..Meanwhile West Ham are considering moving for Stewart Downing, another bad buy by ‘King’ Kenny Dalglish……………

With the Ashes starting tomorrow excitement is building and at least the forecast is quite good for the start of the series.

And Tim Geithner was paid $200,000 by Deutschebank to make a speech to their clients…who’s the bigger fool there then, not sure he knew what he was doing when he was in office…. But he certainly knows a gullible bank when he sees one!