It’s good to be back after two weeks of Mediterranean sunshine and I appear to have brought the weather with me! With 1,000 e-mails to read and quite a lot of activity in the sector in the last fortnight I will limit myself today to immediate news, after that I will comment on things that have happened in my absence if that’s ok.

The oil price has risen but interestingly not by as much as it had appeared to have done, its more the differential between Brent and WTI that has narrowed, again. In the case of Brent, which is only up $2.72 since 20th June, the reason appears to be down to the political crisis in Egypt, not because of any oil and gas that may be shut-in in the country but probably due to the proximity of the Suez Canal which now ships less than 10% of world crude oil and is still open.

The differential between Brent and WTI has fallen to $4.64 this morning and WTI itself is $5.41 higher than June 20th, this is more down to other factors. Firstly, US inventories have fallen, partly due to BP’s Whiting, Indiana refinery now running WTI for the foreseeable future, partly due to the US economy picking up(if the non-farm payroll numbers are to be believed) further evidence of which will be heard when the FOMC minutes are released on Wednesday. At the same time, Big Ben is due to try and square the circle between cutting back on QE, ‘Septaper’ and bigging up the US economy in a major speech aimed at calming markets, not his specialist subject…………… 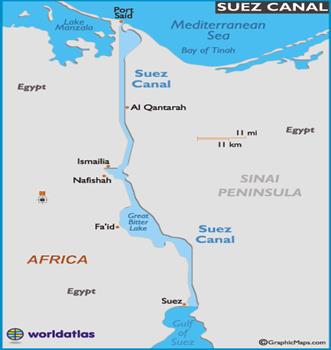 It hasn’t been a good five years for BP’s legal department, after not knowing the contents of the TNK/BP shareholder agreement it has spent the last three years in court in New Orleans following the Macondo disaster. Today they are back there again, this time, having agreed a $7.8bn civil settlement for people whose livelihoods were affected, they are now alleging that some claimants have been paid out for losses ‘unrelated to the leak’ and that that settlement may not be enough. It’s probably right to try and have the freeloaders shifted out of the way but the big picture doesn’t change much and having ceded a lot of ground after the accident it appears that BP are now rather rueing their generous offer made when friends were rather hard to come by.

We have for a long time suggested that Saudi Arabia (as well as other Gulf States), has been using more and more of its oil production to satisfy significantly increased demand for power particularly during the summer, peak air-conditioning period. We suggested in our January Resources Quarterly, that domestic oil consumption was growing at ” A frightening level” according to Oil Minister Ali Naimi and that as much as 3m b/d was being used internally in the summer, a figure later confirmed by Opec statistics. Today the FT suggests that Saudi has ‘ramped up gas drilling’ in order to reduce oil demand internally thus compromising valuable exports of crude oil. Rig usage in the country will rise to around 200 by the beginning of 2014 apparently a doubling over two years and into the bargain the country will start drilling test wells for shale gas as well.

It is worth noting that Lamprell is not only dominant in the Gulf rig market but that it described Saudi Arabia as a ‘key market’ in its recent presentation, also last September it announced a Joint Venture to expand operations there with the Shoaibi Group and AYTB. This JV will offer new build fabrication, refurbishment and repair for both the onshore and offshore rigs in an area that presents strong opportunities for Lamprell with its dominant market position in the Gulf region.

The company has fallen from the peak of around 179p as some investors felt that the rise from the lows of 70p had been enough, we disagree and feel that there is still significant upside from here and it is a long term very sound investment with I think, an analyst visit in the autumn.

Aminex has announced that it has had its application for an Appraisal Licence on the Ntorya-1 discovery well approved by the Tanzanian authorities. The appraisal programme will comprise further seismic work to delineate the extent of the discovery starting in the autumn of this year and also the drilling of an appraisal well following on from that.

Negotiations by the Ruvuma PSA partners to farm-out with industry partners are ‘in progress’.

As pictured Andy Murray added the Wimbledon title to the US Open and Olympic Gold medal success how good was that? And it also disproved the myth that Ivan Lendl doesn’t smile, he was caught on TV will the teeniest little smirk.

The British Lions went into overdrive and ripped apart the Wallabies on Saturday, after two close games the power of the team from 1-15 was immense and the job well and truly done.

Proving that you can’t go anywhere with a blogee spotting one, apparently a leading Fund Manager from Guildford clocked me at the Laguna Club in Pollenca last week…………………And while on the subject of Charles Stanley they have made a big coup by signing up Garry White, Editor of the Questor column in the Daily Telegraph to be their new Head of Equity Content, good call that…………………..

In the ‘you couldn’t make it up category’ it wasn’t long ago that South West Trains were cutting services to the quick because of the bad weather. Today the company has announced that they have had to impose speed restrictions on their service because of the hot weather…………. to call the management of this company clowns would be an insult to circus professionals everywhere, if there was a world cup for incompetence, SWT would get a bye to the final.