A short, sharp and early blog this morning as I am out on the road for the rest of the day with Primeline, a great story with more than a hint of the East.

A report from Andrew who is at the Oil Council Africa Assembly in Paris where 650 delegates are talking Africa, a great turnout.

The mood for the continent is very upbeat, most people feel that there is still an awful lot of exploration success to come. Yesterday’s debates were around the east of the continent, today it’s the turn of the west, highlight from yesterday was a great presentation by Nick Cooper of Ophir Energy which is one of our favourites. (Ophir TP 714p)

Despite the efforts of the French air traffic controllers and a train strike the assembly has been a great success, as usual from Ross and the team at the Oil Council.

Increasing stockpiles in the US and OPEC increases in supply took their toll yesterday and prices came back across the board. Saudi Arabia increased production to 9.7m b/d in May after 9.3m b/d in April as internal demand starts to rise ahead of the summer. Like last year when our view was vindicated, we feel that at the height of the hot weather internal demand in Saudi might be as much as 3m b/d.

The Brent/WTI differential down to $7.10 yesterday.

Heritage reports that temporary issues at OML 30 have been fixed and gross production has returned to over 35,000 bopd. The company is now optimising facilities and implementing a gas injection system to increase production through the rest of the year and in H2 2014 it will drill new wells to ramp up to the long-term potential of c300,000 bopd gross.

Today’s production figures are someway better than Q1’s disappointing Nigerian production of 6,932bopd (net). We would expect the stock to be up this morning as a result, however, we think the full year 35,000bopd average production target for OML 30 is rather ambitious. This would suggest that the new gas injection and optimisation facilities will need to be implemented and operated flawlessly over the coming months. With the added overhang of the CGT issue, a tight cash balance and the rest of the portfolio looking thin, we remain cautious on the stock.

AMEC has been engaged by Xcite and has entered into a Memorandum of Understanding (MOU) for future cooperation on the development of the Bentley Field. A wider services agreement is also expected to been signed after an upcoming front-end engineering and design (FEED) programme.

The value of the contract has not been announced but the past few days have certainly been good for AMEC. The expertise in the North Sea is clearly being recognised and complex developments such as the heavy oil found at Bentley necessitate this. As we have mentioned recently however, we do expect margin pressures in these regions and the stock looks to be forming a downward trend.

Shareholders voted against Afren’s remuneration report at the company’s AGM yesterday. This included a £3.4m package for CEO Osman Shahenshah.

This Guardian reports that proxy voting agency Manifest said it was the third largest shareholder revolt since it began tracking AGMs in 1996. 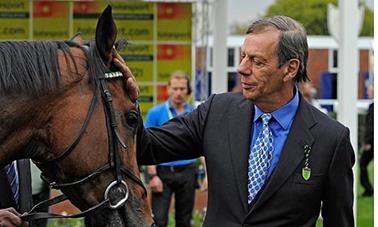 Aussie cricketers take sledging to a new level as David Warner is dropped and being investigated after an alleged physical attack on an English player…………..

Stuart Pearce blames everybody except for himself for the abject performance of the England U21 side who lost again yesterday, this time 0-1 to Israel. The end of his contract next month can’t come quick enough and he wants to stay in the job………………….

And the San Antonio Spurs won game three last night to take a 2-1 lead in the series, this will be very close indeed……..