The oil price enjoyed a very small rally yesterday but for a Thursday before the start-up of the driving season it was pretty feeble. So I have been looking at other things, viz coal!

I may sound geeky but I find this chart most interesting, this is primarily due to the movement of gas vs coal in the last year, with last April being almost exactly equal shares but since then as the natural gas price has risen coal has regained market share. As of March 2013 coal has returned to 40% market share and natural gas falling back to 25%. Makes for interesting thoughts about coal companies in the US and whether or not natural gas can hold around these levels, $4.29 this morning and of course as we are now in the spring shoulder season with lower electricity demand my guess is that coal is even more competitive…..I think I need to do some more work on this!

The company has secured US$50m of senior secured notes to fund its Bone Spring operations in New Mexico. US$20m will be drawn down immediately with the remainder being drawn over the next 15 months.

Funds will be used to drill 12 wells over the next 12 months, with a second 12 well programme planned upon its completion.

This type of financing is common in the US, but less so in the UK. It is positive that the company is now funded for a significant drilling programme which should generate more regular news flow and therefore share price drivers over the next 12 months.

The company has announced that the exploration well Kamchia-1 offshore Bulgaria encountered 56 feet of carbonate sands with sub-commercial gas saturations. This is a big disappointment and will go a long way to the company deciding whether to extend the permit in the Galata concession, first thoughts from our in-house geologist, Paul Renken is that they probably won’t.

We had Bill Higgs CEO in yesterday and he ran through MOG for us and their strategy for the next year or so. Historically it has never been a favourite, readers know that I am fundamentally bearish about Italy, not that it hasn’t got any hydrocarbons but that you never live long enough to make them pay. Since the arrival of Bill Higgs things are certainly changing and whilst there is rather a lot of exposure to Italy Guendalina should be a cash cow for the rest of the business. Ombrina Mare has to drill an appraisal well to increase the reserves and this should be positive. Probably the most exciting part of MOG at the moment is Malta where it has a 25% WI with Genel and will drill an exploration well later this year. MOG also have an Area of Mutual Interest agreement with Genel covering the offshore basins of Malta, Libya and Tunisia which lasts for a minimum of 3 years.

Definitely worth giving the benefit of the doubt to, especially if they dip their toes into the warm and exciting waters of the Eastern Med.

The Iraq Oil Report confirms what I have been saying for a few days, that the Kurdistan export pipeline is nearly complete. Initially the pipeline will take 300,000 b/d with crude from Taq Taq, Khurmala Dome and Tawke. After that the paper reports that Afren want to run a spur from Barda Rash and Gulf Keystone aim to have 40,000 b/d ‘in the coming months’. When I am there next week I hope to get even more information. 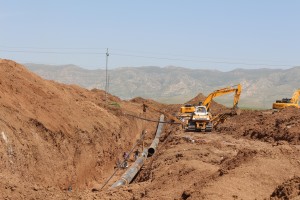 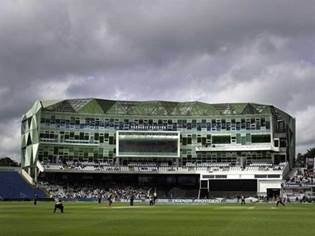 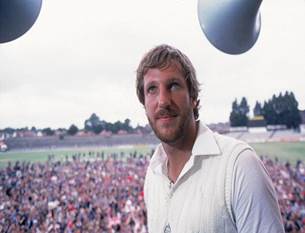 It’s a huge weekend for sport, the pictures above are Headingley where the second test against New Zealand starts today, it might have three Yorkshiremen in it if Pierce Brosnan gets the call……

In the managerial merry-go-round Mark Hughes is the favourite for Stoke, the next noisy neighbours coach has been told that he must win five trophies in five years and that doesn’t include the Boropa Cup or the Clueless Cup……….

The PGA at Wentworth is under way and at the moment the favourites are miles off the pace, it’s cold out today but warming up at the weekend.

And no blog for a few days as I am off to Kurdistan next week, back on the 4th June.